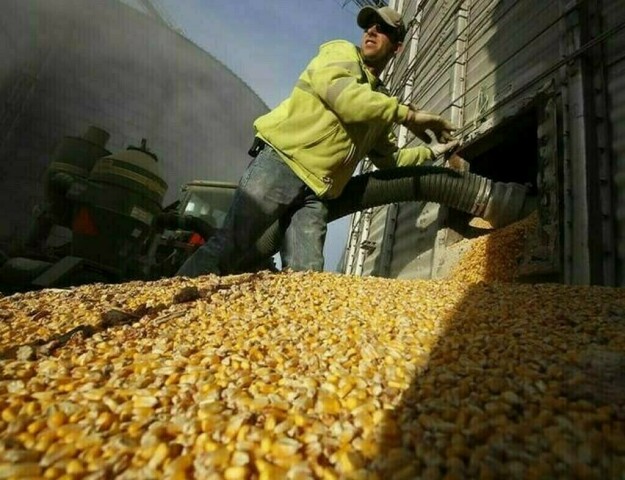 SINGAPORE: Chicago corn futures lost more ground on Wednesday, with prices trading near a multi-month low reached in the previous session on worries around a global recession.

Asian stocks slipped and the dollar stood by a two-decade high on the euro as investors’ fears deepened that the continent is leading the world into recession, while oil and European equity futures attempted to steady after a slide.

“The Bank of England noted the outlook for the global economy has deteriorated materially and that volatility in the cost of energy and raw materials poses a significant risk of disruption that could amplify economic shocks in the future,” ANZ said in a note.

“Meanwhile, new rounds of COVID-19 testing in Shanghai have increased fears of further lockdowns for China, which would have a ripple effect on other markets.”

On the fundamentals front, the US Department of Agriculture said weekly US crop ratings declined more than analysts expected.

The USDA, after the CBOT closed on Tuesday, rated 64% of the corn crop as good to excellent as of Sunday, down 3 percentage points from the previous week, while analysts surveyed by Reuters on average had expected a 2-point decline.

The agency rated 63% of the soybean crop as good to excellent, down from 65% a week earlier. Analysts on average had expected a 1-point decline.

However, beneficial rains in portions of the US Midwest over the Independence Day weekend bolstered crop prospects.

Elsewhere, Russian wheat export prices fell last week due to pressure from the new crop, which farmers have just started harvesting, a reduced export tax, and a decline in Chicago prices, analysts said on Monday.

Prices for the new wheat crop with 12.5% protein content and for supply from Black Sea ports fell $25 to $375 per tonne free on board at the end of last week, the IKAR agriculture consultancy said.

In Canada, farmers planted the most wheat this spring in nine years, as bottlenecks in global supplies drove up prices of grain and food, a government report showed on Tuesday.

Brazilian farmers have harvested nearly a third of their second corn in center south fields, as dry weather and the higher temperatures that prevailed last week continued to favor the work, especially in top grower Mato Grosso.

According to agribusiness consultancy AgRural on Monday, farmers harvested 30.7% of second corn fields so far in the season, or nearly 25 million tonnes.