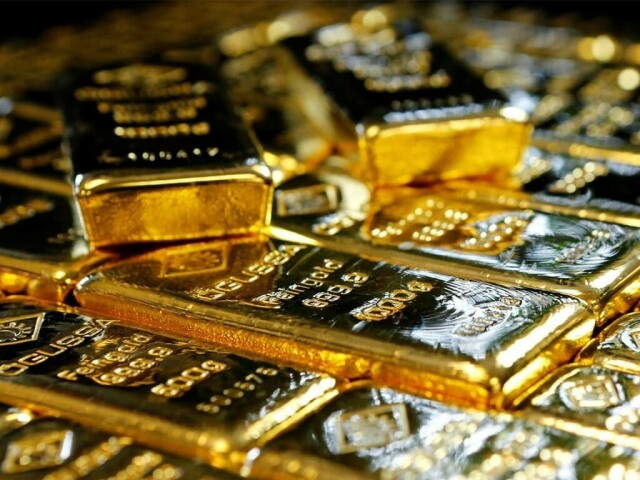 Gold found temporary respite on Wednesday after touching a near seven-month low in the previous session, as the dollar paused for breath after a blistering surge to 20-year highs.

The twin effect of a stronger US dollar because of higher rates, and higher rates themselves having a direct impact on bullion, are weighing on the outlook for gold, McCarthy said.

The dollar index hovered near its highest levels since 2002 as renewed recession fears sent investors scrambling to the safe-haven currency.

However, a small dip in the dollar of about 0.1% in Asian hours trade on Wednesday made greenback-priced bullion slightly less expensive for buyers holding other currencies.

Spot gold may test a support at $1,756 per ounce, and a break could trigger a drop to $1,748, Reuters’ technical analyst Wang Tao said.

More major central banks raised rates in June than in any month for at least two decades, Reuters calculations showed, and with inflation at multi-decade highs, policy-tightening is unlikely to let up this year.

Higher rates and bond yields raise the opportunity cost of holding bullion, which yields nothing.

Meanwhile, the US Federal Reserve will release minutes from its June policy meeting later in the day, which could give investors a clearer picture on the roadmap for interest rates.