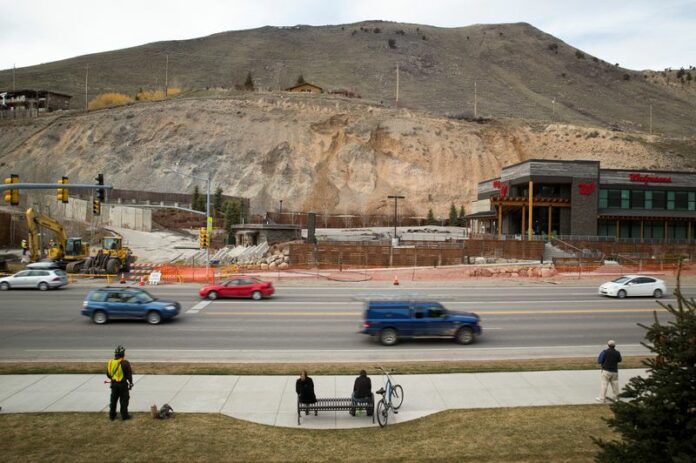 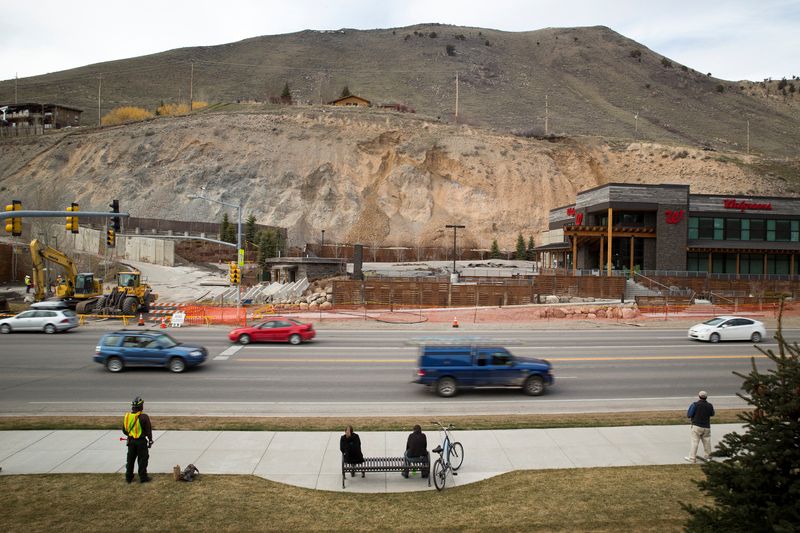 JACKSON, Wyo. (Reuters) -Climate activists gathered Thursday outside the lodge hosting the annual Jackson Hole central banking conference in Wyoming to air their demands that the Federal Reserve do more to move the U.S. economy away from fossil fuels.

Several dozen stood in a designated area to the side of the lodge entrance holding signs and chanting. Their demands, the activists said, include pressing the U.S. central bank for faster action requiring banks to guard against natural disaster vulnerabilities and potential disruptions related to the green energy transition.

They also called for steps that Fed policymakers say go beyond their mandates, like steering bank lending away from oil and gas companies.

Central bankers from around the world are convening for the Kansas City Fed’s Jackson Hole symposium, where it is expected they will discuss the fight against high inflation.

The Fed has long shied away from wading into climate matters, a hot-button U.S. political issue. It was the last major central bank, for instance, to join the Network for Greening the Financial System. Peers like the Bank of England and European Central Bank perform annual climate stress tests on the banks in their jurisdictions.

The U.S. central bank instead has focused on understanding the risks climate change and the transition away from fossil fuels pose to the economy. But it has largely ruled out a more aggressive role in driving investment toward green energy, as the ECB has begun to do, and as activists would like.

That is in line with many Republican members of Congress who balk at the prospect of the Fed taking an active role in mitigating climate risks. Activists and some Democrats feel such a stance should at least be under consideration.

The Fed, which is accountable to the U.S. Congress, has two internal groups and has partnered with U.S. regulators to research potential vulnerabilities in the banking sector and the larger financial system.

Fed Chair Jerome Powell has also indicated the Fed is exploring how banks can cope with climate risks like rising temperatures and weather disasters, including developing climate stress scenarios already in use by other central banks.

Any focus on climate will work with the Fed’s mandates to achieve maximum employment and price stability, Powell has said.

Activists on Wednesday posted a clip on Twitter (NYSE:TWTR) of a group approaching Powell in the restaurant where he had been dining and holding a banner calling for a “fossil free Fed.”

Powell did not appear to say anything to the activists as they followed him out of the restaurant, the clip on Twitter showed.