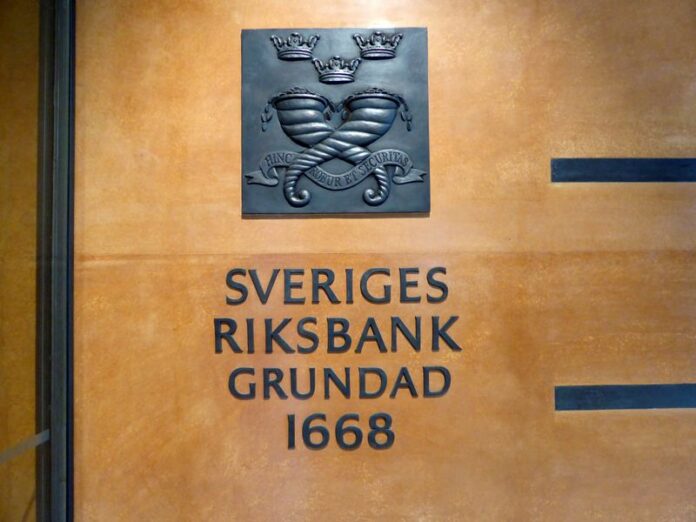 STOCKHOLM (Reuters) -Sweden’s central bank raised interest rates on Tuesday by a larger-than-expected full percentage point to 1.75% and warned of more to come over the next six months as it sought to get to grips with surging inflation.

Inflation hit 9% – a 30-year high – in August as the effects of soaring energy prices spread through the economy, and has overshot the Riksbank’s forecasts.

The rate hike was the biggest since the inflation target was adopted in 1993, equalling the full percentage point hike of November 1992 during Sweden’s domestic financial crisis when the main rate hit 500% for a short period.

“When rates go up, obviously, interest costs go up for many households, but the costs of high inflation – persistently high inflation – those are, in fact, even bigger,” Governor Stefan Ingves told reporters.

“By raising rates now and by continuing to hike rates we reduce the risk that inflation is going to park itself at a high level.”

A majority of analysts in a Reuters poll had forecast a 75 basis point hike on Tuesday, with only two expecting a full percentage point.

The Swedish crown was flat after initially rising on the rate announcement.

There is little the central bank can do about the current level of inflation. But rate-setters do not want surging prices to spill over into higher wage demands, which would make the job of returning to the 2% inflation target much harder in the longer term.

Rate rises will continue despite forecasts Sweden’s economy is heading for a sharp downturn – possibly even a recession.

The Riksbank forecast GDP would shrink 0.7% next year.

Rate-setters now see the policy rate peaking at around 2.5% in the second quarter of next year, rather than a 2% peak early next year seen in June.

“We … believe the policy rate will be higher than that and we don’t exclude a peak of 3.5% at the end of 2023,” Lars Kristian Feste, head of fixed income at Ohman Group said.

“The reason is that inflation is not going to come down as fast as in the Riksbank’s forecast of around 2.0% in 2024.”

Sweden’s economic downturn creates an immediate challenge for the new government, which is expected to be formed by a four-party, right bloc which won most seats in a national election earlier this month.

Tax cuts are likely on the agenda, although Governor Ingves said fiscal policy would be better focused on structural reform than holding up demand.

Analysts are betting there will be no let-up in the pace of hikes from the Fed and the ECB, while other central banks, such as the Swiss National Bank, are likely to follow suit with aggressive hikes.

The United States, Britain, Norway, Switzerland and Japan all have monetary policy meetings this week.