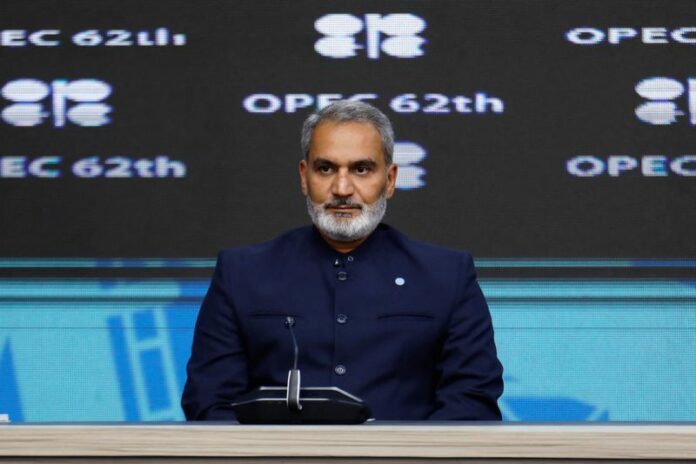 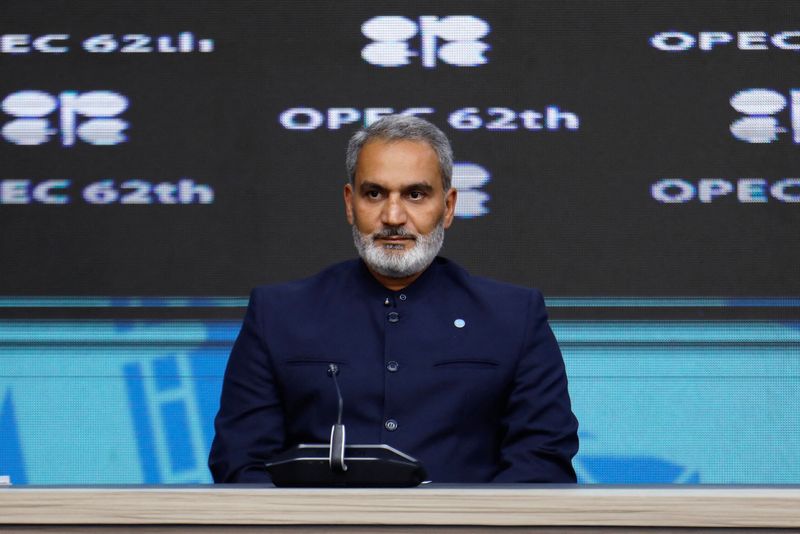 © Reuters. FILE PHOTO – Organization of the Petroleum Exporting Countries (OPEC) Secretary-General Haitham al-Ghais speaks during a meeting for the 62nd anniversary of the OPEC, at the Miraflores Palace, in Caracas, Venezuela September 14, 2022. REUTERS/Leonardo Fer

ALGERIA (Reuters) – OPEC Secretary General Haitham Al Ghais said on Sunday that “oil markets are going through a stage of great fluctuations” during his two-day visit to Algiers.

Al Ghais added that the goal of OPEC and producers outside the organisation is to maintain market stability.