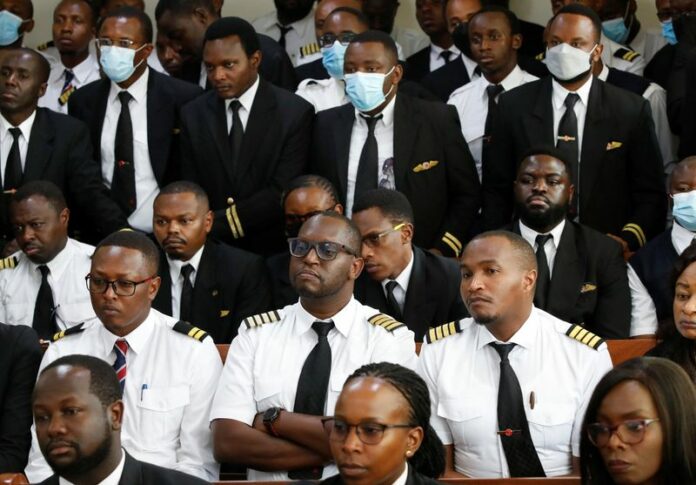 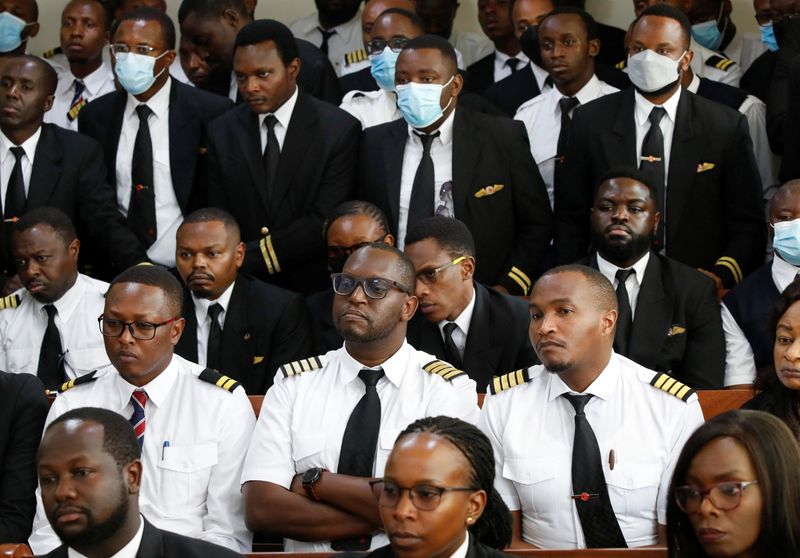 © Reuters. Kenya Airways pilots attend a court session after the association’s management was summoned for contempt of a court order declaring as illegal the ongoing strike of Kenya Airways pilots, organised by KALPA, at the Milimani Law Courts, in Nairobi, Kenya, N

NAIROBI (Reuters) -The striking pilots at Kenya Airways have been ordered to resume work by November 9, a court ruled on Tuesday, while also barring the airline from penalising the pilots.

The order comes after a letter from the CEO of Kenya Airways earlier showed its plans to cancel its bargaining and recognition agreements with its pilots union, saying their current strike is unlawful and it amounts to economic sabotage. Members of the Kenya Airline Pilots Association (KALPA) — a union that represents about 400 pilots at the carrier – went on strike on Saturday after failing to resolve a dispute over their pensions contributions and settlement of deferred pay.

The walkout led to the cancellation of dozens of flights by one of Africa’s largest carriers and stranded thousands of passengers.