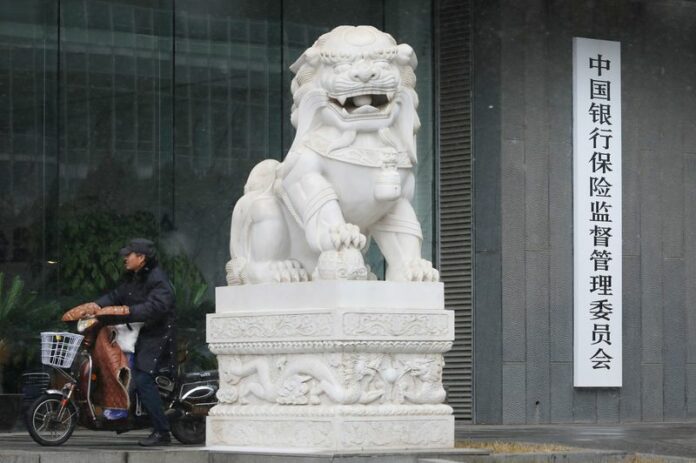 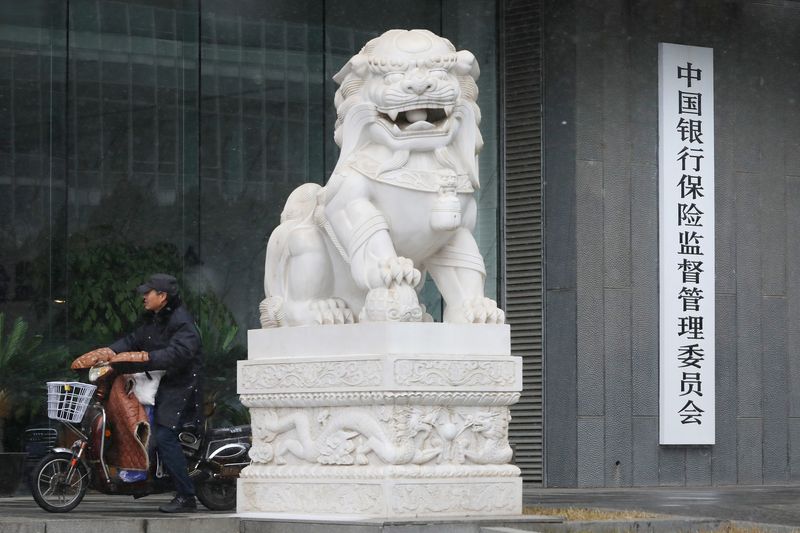 BEIJING (Reuters) -China’s banking and insurance regulator issued draft rules on Friday to step up oversight of the $3 trillion trust industry, and reduce financial risks in the shadow banking sector.

The China Banking and Insurance Regulatory Commission (CBIRC) said trust companies should divide their businesses into three categories – asset management, asset servicing and charitable trusts – to help them align with international standards and to encourage them to return to their original business.

The once-freewheeling trust industry, at the heart of a vast shadow banking sector, for years helped channel funds into companies that struggle to obtain bank credit via opaque structures. Authorities have stepped supervision on the industry and pushed trust business towards greater transparency.

Trust companies should no longer provide “channeling” services to sidestep regulatory requirements, or use non-standard capital pools in any form, the CBIRC said in the draft rules published on its website.

Trust firms have provided “channels” for individuals, companies and banks to invest money into high-yield risky products. Such business has been targeted in Beijing’s crackdown on shadow banking as the opaque product structure made it hard for regulators to track risks.

The regulator gave a three-year grace period for trust firms to comply with the new rules.

In October, some trust companies received notices from regulators to report their operations based on the proposed new classification rules, the 21st Century Business Herald reported.