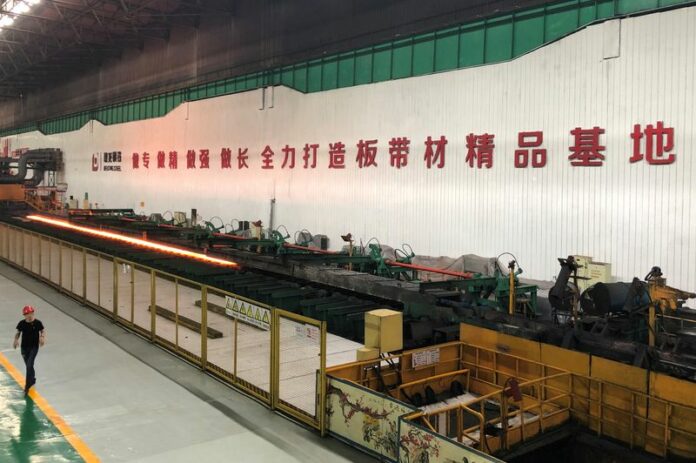 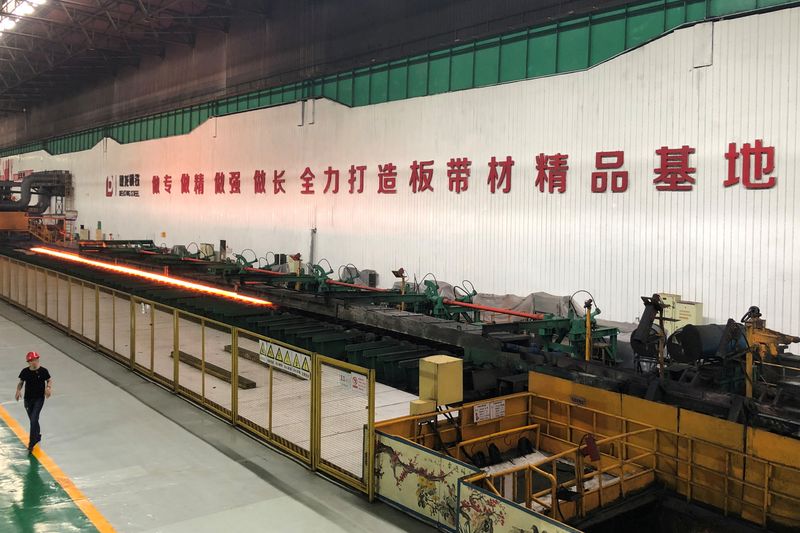 BEIJING (Reuters) -China’s factory activity shrank at the sharpest pace since the pandemic first emerged nearly three years ago, after Beijing’s abrupt reversal of counter-epidemic measures this month set off a wave of COVID infections across the country.

The official purchasing managers’ index (PMI) fell to 47.0 in December from 48.0 in November, the National Bureau of Statistics (NBS) said on Saturday. Economists in a Reuters poll had expected the PMI to come in at 48.0. The 50-point mark separates contraction from growth on a monthly basis.

The drop was the biggest since the early days of the pandemic in February 2020.

Analysts said surging infections could cause temporary labour shortages and increased supply chain disruptions. Reuters reported on Wednesday that Tesla (NASDAQ:TSLA) planned to run a reduced production schedule at its Shanghai plant in January, extending the reduced output it began this month into next year.

Weakening external demand on the back of growing global recession fears amid rising interest rates, inflation and the war in Ukraine may further slow China’s exports, hurting its massive manufacturing sector and hampering an economic recovery.

“Most factories I know are way below where they could be this time of year for orders next year. A lot of factories I’ve talked to are at 50%, some are below 20%,” said Cameron Johnson, a partner at Tidalwave Solutions, a supply chain consulting firm.

“So even though China is opening up, manufacturing is still going to slow down because the rest of the world’s economy is slowing down. Factories will have workers, but they will have no orders.”

NBS said 56.3% of surveyed manufacturers reported that they were greatly affected by the epidemic in December, up 15.5 percentage points from the previous month, although most also said they expected the situation would gradually improve.

China’s banking and insurance regulator pledged this week to step up financial support to small and private businesses in the catering and tourism sectors that were hit hard by the COVID-19 epidemic, stressing a consumption recovery will be a priority.

The non-manufacturing PMI, which looks at services sector activity, fell to 41.6 from 46.7 in November, the NBS data showed, also marking the lowest reading since February 2020.

The official composite PMI, which combines manufacturing and services, declined to 42.6 from 47.1.

“The weeks before Chinese New Year are going to remain challenging for the service sector as people won’t want to go out and spend more than necessary for fear of catching an infection,” said Mark Williams, chief Asia economist at Capital Economics.

“But the outlook should brighten around the time that people return from the Chinese New Year holiday – infections will have dropped back and a large share of people will have recently had COVID and feel they have a degree of immunity.”