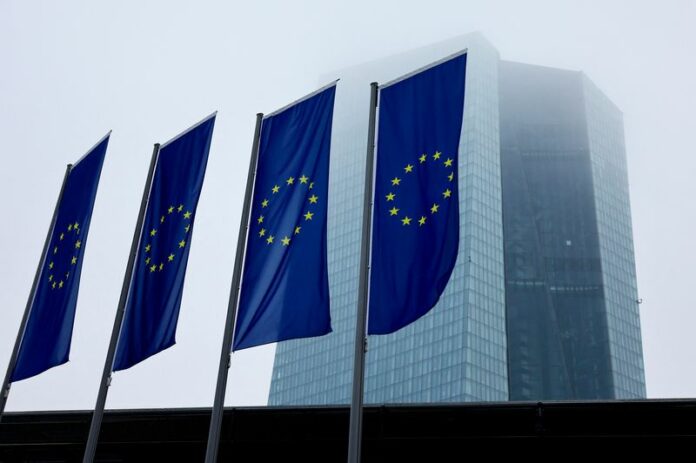 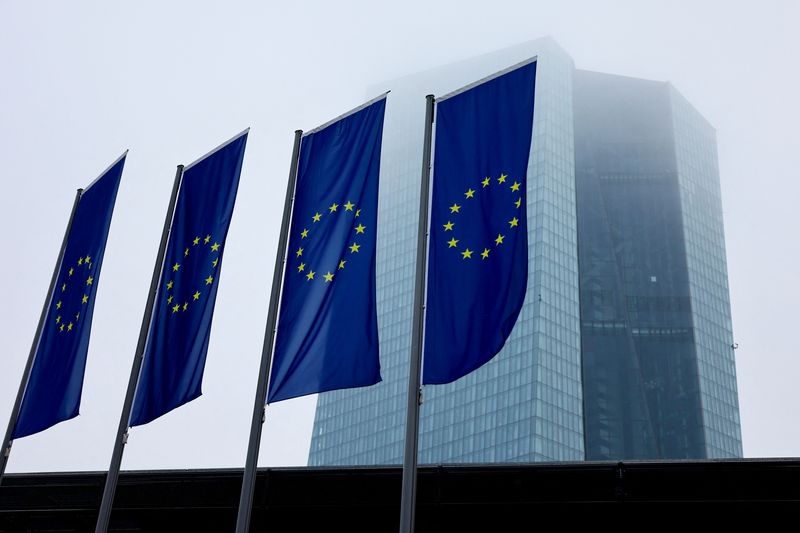 © Reuters. The building of the European Central Bank (ECB) is seen amid a fog before the monthly news conference following the ECB’s monetary policy meeting in Frankfurt, Germany December 15, 2022. REUTERS/Wolfgang Rattay

FRANKFURT (Reuters) – Wage growth across the euro zone is expected to be “very strong” over the next few quarters but real wages are still likely to decline given rapid inflation, a European Central Bank Economic Bulletin article argued on Monday.

A historic surge in inflation has eroded real incomes over the past two years and firms are finally starting to adjust wages, leading to worries that high inflation could be perpetuated if wage setting is adjusted on a more permanent basis.

“Wage growth over the next few quarters is expected to be very strong compared with historical patterns,” the article written by staff economists concluded. “This reflects robust labour markets that so far have not been substantially affected by the slowing of the economy, increases in national minimum wages and some catch-up between wages and high rates of inflation.”

But the expected economic slowdown and uncertainty about the outlook are likely to put downward pressure on wage growth beyond the near term, the economists argued.

ECB President Christine Lagarde recently argued wages are probably rising at a faster pace than predicted and the ECB must stop this from pushing up longer term inflation expectations.

The bulletin article, however, appeared to play down wage concerns, arguing that real incomes will continue to fall as inflation will be higher than the robust increase in nominal wages.

“Real consumer wages are now substantially lower than before the pandemic and are likely to fall further in the coming months,” the ECB concluded in the article.

“This could lead trade unions to demand higher wage increases in upcoming negotiation rounds, especially in sectors with lower wages.”