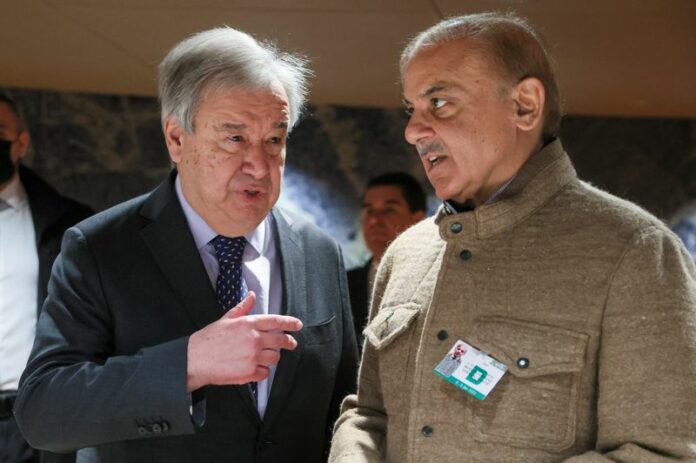 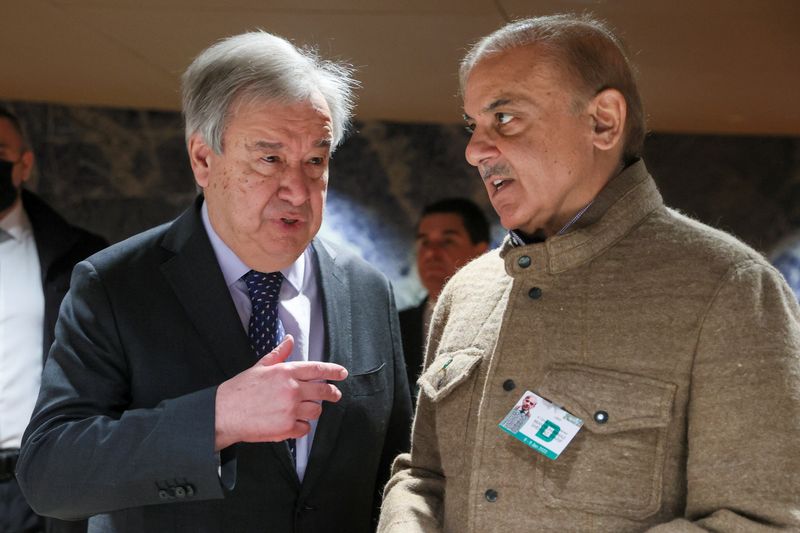 © Reuters. Pakistan’s Prime Minister Shehbaz Sharif and United Nations Secretary General Antonio Guterres meet on the day of a summit on climate resilience in Pakistan, months after deadly floods in the country, at the United Nations, in Geneva, Switzerland, January

GENEVA (Reuters) -U.N. Secretary-General Antonio Guterres on Monday called for massive support to help Pakistan with a $16 billion rebuilding effort following devastating floods, saying the country had been the victim of climate chaos and the global financial system.

Officials from some 40 countries as well as private donors and international financial institutions are gathering for a meeting in Geneva as Islamabad seeks support in what is expected to be a major test case for who pays for climate disasters.

September’s floods, which are still receding, killed at least 1,700 people and displaced around 8 million.

“We must match the heroic response of the people of Pakistan with our own efforts and massive investments to strengthen their communities for the future,” Guterres said in opening remarks.

“Pakistan is doubly victimized by climate chaos and a morally bankrupt global financial system,” he added, calling for creative ways for developing countries to access debt relief and financing.

Pakistan’s Prime Minister Shehbaz Sharif called for a new “coalition of the willing” to provide the country with a lifeline, saying it needed $8 billion over the next three years.