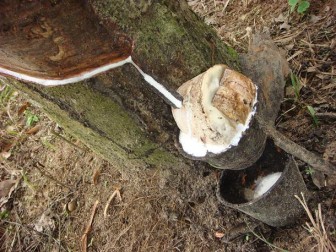 The Malaysian rubber market is likely to trade higher next week despite the global economic slowdown, a dealer said.

It was reported that, Thailand, the world’s largest rubber producer, will expand a state buying programme by more than doubling purchases from farmers to support higher prices.

China has started stockpiling natural rubber as a part of its efforts to support prices and farmers, it said, adding the country would buy between 150,000 and 200,000 tonnes from the domestic market for state reserves.

Three major rubber producers, Thailand, Indonesia and Malaysia will be meeting on Dec 11-12 in Phuket to seek ways to stabilise rubber prices, the report said.

Throughout the week just ended, the increase in the oil prices as well as higher demand from China has lifted the local market to trade mostly higher.

On a Friday-to-Friday basis, the Malaysian Rubber Board sellers’ official physical price for tyre-grade SMR20 rose 6.5 sen to 854.5 sen per kg and latex-in-bulk surged 15 sen to 575.5 sen per kg.