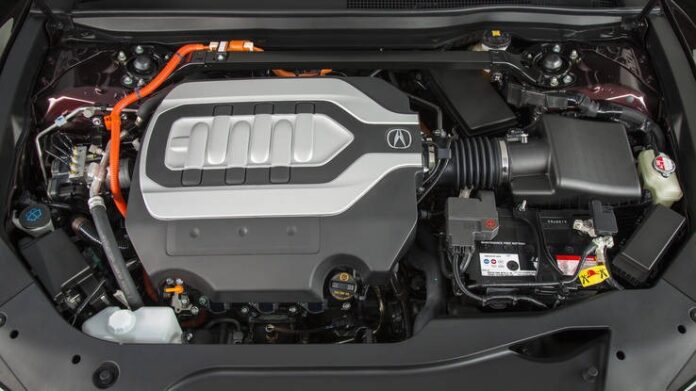 ASSOCIATE EDITOR GRAHAM KOZAK: If you examine parts of the RLX Sport Hybrid SH-AWD in isolation, it’s awfully hard to argue against it. It’s overwhelmingly quiet. The seats fit me perfectly, providing just the right amount of firm support. The hybrid powertrain packs surprising low-end punch. Loved the anodized starter button — a real nice touch, I guess. Maybe you like those fancy headlights. Good stereo, too.

But when you put it all together, you’re left with a car that feels no greater than the sum of its parts. It’s not that the package is particularly incoherent; it’s that it’s boring. I suspect that’s not quite the techno-luxury-for-the-smart-set image Acura was gunning for.

Part of the problem is that there while there’s tons of tech, it doesn’t feel particularly well-integrated — at least not for a car that’s ostensibly aimed at the big luxury players. Take the cluster stacked screens on the center console. It’s functional enough, but it looks and feels clunky. I’d say it’s Honda-like, but even Honda is moving toward big, crisp touchscreens. Compare it to what Volvo’s doing with the XC90. It’s no contest.

Then there’s the sport hybrid system, which is also the super handling-all-wheel drive (SH-AWD) system — two electric motors power the rear wheels. This is the kind of system I’d like to get really geeked about. That SH-AWD badge should be a coveted signifier of automotive performance distinction. JC Whitney should be selling fake ones for aspirants to plaster on their lowly ILXs.

Admittedly, it’ll shove you into your seat on a straight-line launch. You have to push this thing pretty hard to induce understeer an account of those torque-vectoring rear motors. But it doesn’t really dance around corners. It doesn’t feel crisp. It doesn’t feel particularly super or even very handling.

Now, being boring isn’t necessarily a death sentence — normcore luxury is Lexus’ mainstay. It’s just that there were enough interesting bits and pieces here to make the less-than-rousing overall execution something of a let-down.

Ultimately, I suspect the RLX would feel a lot more comfortable as a really nice (if pricey) Honda. Which is exactly what it’s sold as in other markets. 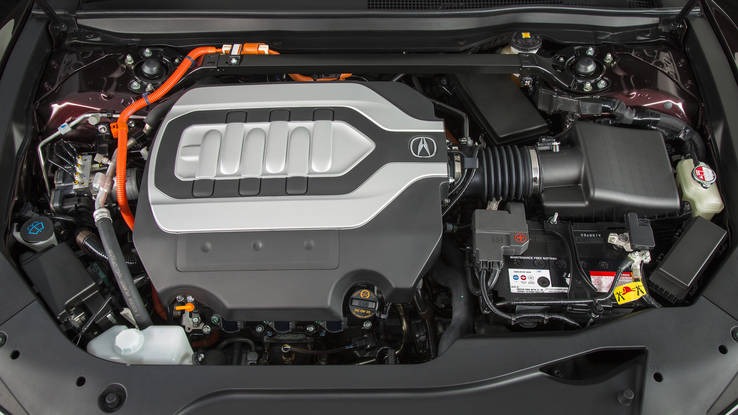 ASSOCIATE EDITOR WESLEY WREN: The RLX Sport Hybrid SH-AWD would make an excellent Honda. Think about it — an all-wheel drive hybrid hot rodded Honda Accord (we’re aware this is a Legend, I’m just saying) would make a hell of $ 40,000 car.

The reason being is that this Acura, while comfortable and surprisingly powerful — it is just outlandishly expensive for what you get.

The problem with Acura is that it feels exactly the same as a decked out Honda — which is what it is, but there should be something that should make this Acura stand out over its pedestrian cousin. And as nice as a loaded Honda feels, it doesn’t keep up with the German competition. Which, this all could be more about showering top-trimmed Hondas with praise, than it is about bemoaning Acura.

What may set this Acura apart from its lowly sisters is that it is full of pretty interesting gadgetry. The heads-up display is pretty cool, especially when it’s displaying what is powering the car. The dual infotainment screens were kind of interesting, but mostly pointless. The top screen does all the heavy lifting with navigation, and the bottom is just a convenience for music.

The driving characteristics of this RLX were impressive. It was pretty torquey thanks to the electric motors. Sport mode was actually an asset, and woke up the whole car. For a luxury sedan, it handled nimbly, and the steering gave good response. Braking was a little touchy, but that’s better than not touchy enough.

Overall, it is a heck of a car but needs some serious freshening up to make it worthy of the high sticker price. Either that, or make Hondas not feel as nice. Choice is yours Acura. 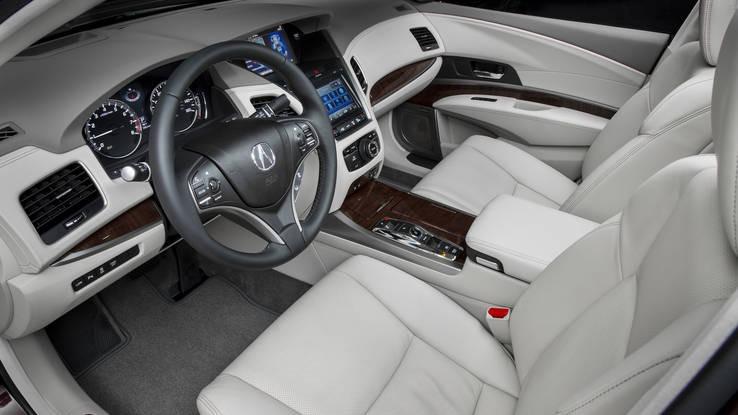 Acura advanced technology features on the Sport Hybrid include the Acura electronic gear selector and a head-up display system. Photo by Acura

DIGITAL EDITOR ANDREW STOY: Not to beat a dead horse, but what Acura didn’t need to wake up RLX sales was a “sport hybrid” model. That money would have been better spent on, say, a marketing campaign. As it stands, Acura moved a grand total of 174 RLX sedans off dealer lots last month. To put that number into perspective, the Kia K900 outsold the RLX 2 to 1. Ferrari sold more cars in the US last month than Acura sold RLXes.

Thanks to invisible styling, confused brand image and an absence of any truly noteworthy feature, this is almost a ghost car, driving noiselessly in EV mode through traffic. Parked in front of my house, the silvery paint renders it almost translucent. It’s exactly the shape and size and color the brain expects to see when it conjures “street-parked sedan,” and the RLX simply disappears from consciousness.

Thing is, it’s pretty quick, and the gas-to-electric handoff is completely seamless (EV to gas not as much). Handling is good in a large sedan sort of way, and the RLX delivers a quiet, comfortable cabin for highway cruising whether the electric mode is invoked or not.

But the same could be said for any of a dozen luxury cars around the RLX’s price range, all of whom offer SOMETHING — whether it’s a badge or performance or sport cred or sparkling styling — to set them apart.

The RLX has nothing; it’s a specter stuck in an automotive purgatory like its RL predecessor (and most every Acura since the Legend), doomed to haunt Acura showrooms. 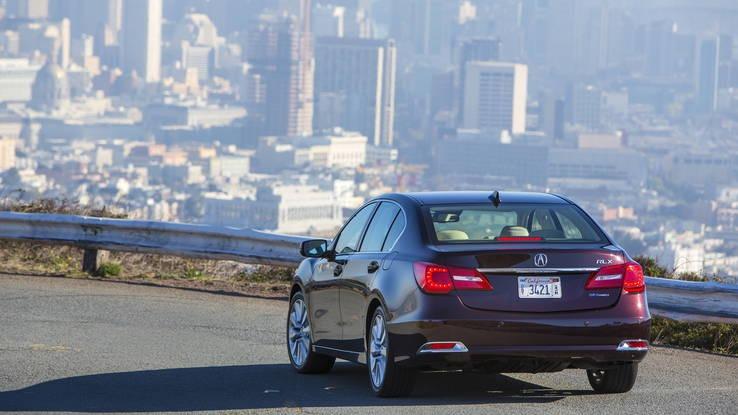 This mid-size luxury sedan comes with the SH-AWD system. Photo by Acura