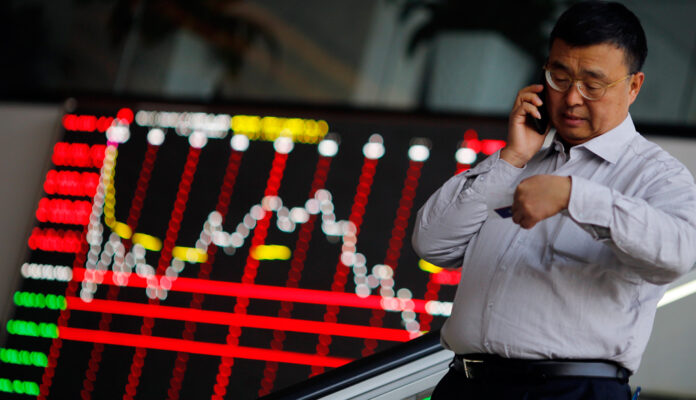 HONG KONG: Asian trading floors were a sea of red once again on Friday as the global rout returned with a vengeance on intensifying fears about tighter US interest rates. Tokyo, Hong Kong and Shanghai were among the worst hit as investors piled into safe haven assets such as gold and the yen.

The sell-off followed another battering for Wall Street, where the Dow suffered its second-heaviest daily points fall on record — the worst coming on Monday — after key US Treasury bond yields spiked fuelling the likelihood of higher borrowing costs.

After a blistering 2017 and January, markets worldwide have gone into a spasm in the past two weeks on fears that the booming global economy and rising inflation will lead to higher interest rates.

“There’s some big-money players that have really leveraged to the low rates forever, and they have to unwind those trades,” Doug Cote, chief market strategist at Voya Investment Management, told Bloomberg News. “They could be in full panic mode right now.”

Japan’s Nikkei fell 2.3 percent and is now at levels not seen since mid-October, while Hong Kong dropped more than three percent to put it on course to wipe out its 2018 gains. Shanghai dived 4.1 percent to seven-month lows.