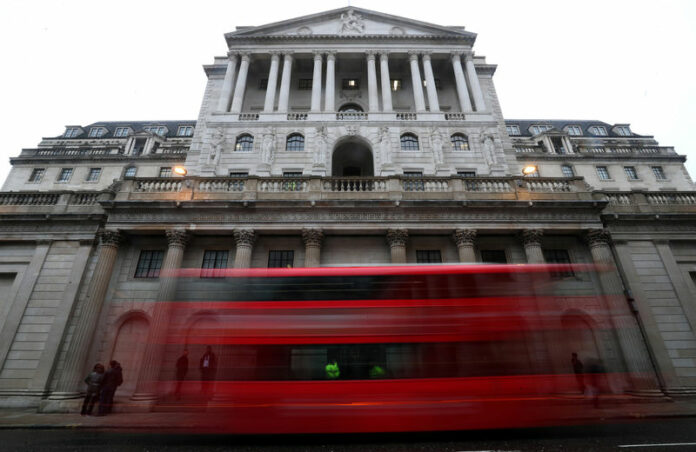 Bank of England to keep rates steady after market U-turn 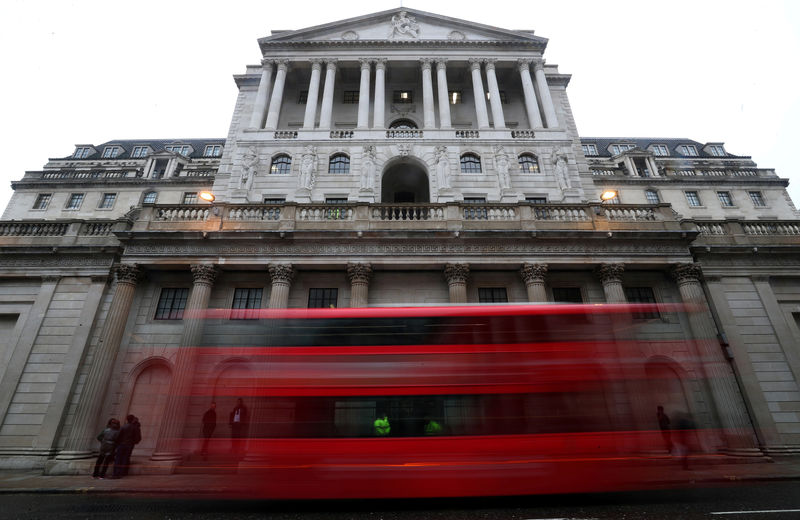 © Reuters. FILE PHOTO: A bus passes the Bank of England in London

LONDON (Reuters) – The Bank of England looks set to keep interest rates on ice this week, capping a sharp swing in the outlook for the British central bank, which might now struggle to convince investors that it will raise borrowing costs at all this year.

Unexpectedly weak economic data and cautious remarks from Governor Mark Carney have dashed what looked like near-certain expectations of a rate increase until a few weeks ago.

Since he joined the BoE in 2013, Carney has signaled several times that rates were likely to rise, only for economic data to go the wrong way.

With the prospects for Britain’s economy unclear and the terms of Britain’s departure from the European Union far from settled, Carney is likely to want to hedge his bets on Thursday.

The biggest challenge will be to keep the prospect of a further rate rise this year credible in the eyes of investors, who feel wrong-footed by a slowdown in the economy that may well prove temporary and by the BoE’s shifting guidance.

Sterling fell to its lowest since January against the U.S. dollar on Friday as markets priced diverging prospects for growth and interest rates on the two sides of the Atlantic.

“Resetting communication after sitting out a rate hike will be an uphill task for the Monetary Policy Committee,” Barclays (LON:) economists Fabrice Montagne and Sreekala Kochugovindan said in a note to clients.

“It will have to make a convincing case that softness in Q1 … is transitory,” they said. “Markets will likely be reluctant to adhere to the MPC’s rhetoric given the abrupt change in course witnessed shortly ahead of the May meeting.”

Heavy snow slowed the economies of much of Europe in March but growth was weakest in Britain, where Brexit-related pressures have squeezed consumer spending power and hurt the willingness of firms to sign off on major investments.

The BoE raised rates for the first time in more than a decade in November, and in February it said they might need to rise again more quickly than markets had expected, given the country’s long-term productivity problems.

In March, two policymakers voted for an increase and until a few weeks ago, most investors judged that the BoE was ready to join the U.S. Federal Reserve, which has been raising rates.

But late last month, data started to raise doubts. Inflation fell faster than the BoE had expected and the economy grew at its slowest annual rate in five years in early 2018.

The central bank could choose to ignore the recently weak growth and take a longer-term view, with unemployment at its lowest since 1975 and some measures of wage growth inching up.

Economists polled by Reuters expect that only the two policymakers who backed a rate rise in March – Michael Saunders and Ian McCafferty – will vote to tighten policy this month.

The BoE may not be comfortable with this scaling-back of interest rate expectations, which has the potential to fuel inflation through a weaker pound and cheaper credit.

Economists think it will trim its comparatively high growth and inflation forecasts for this year, but still forecast inflation above its 2 percent target over the medium term and economic growth of around 0.4 percent a quarter.

“(This) would point to the gradual tightening of monetary policy being delayed rather than abandoned,” economist Howard Archer of consultants EY ITEM Club said.

Investec economist Philip Shaw said the BoE would avoid pinning itself down.

“At this juncture, the MPC does not have to take a heroic view over whether the economy’s current sluggishness is temporary or something more malign … (and) Dr Carney will stress the uncertainties connected with recent soft data.”

But others think Carney may have missed the boat if he wants to raise rates again before he is due to leave the BoE in June 2019, saying growth will look increasingly shaky as Britain’s March 2019 departure date from the EU approaches.

“Delaying the next hike will eventually lead to not being able to deliver it at all,” Barclays said.