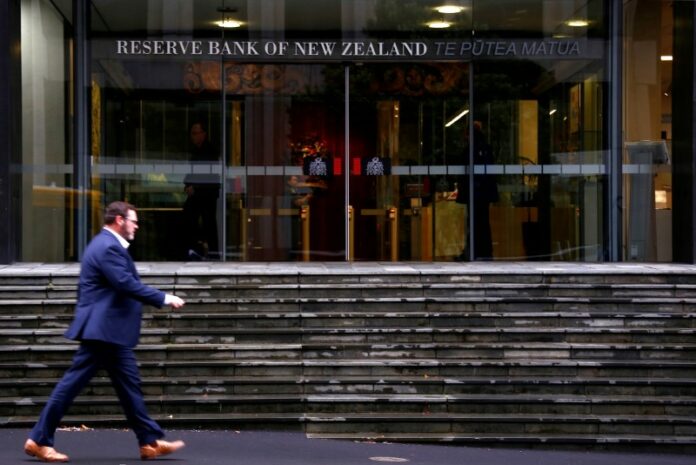 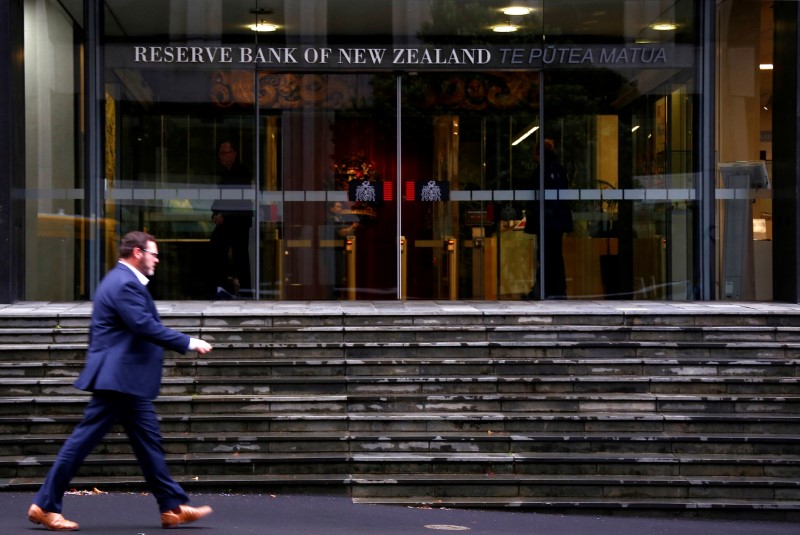 © Reuters. FILE PHOTO: A pedestrian walks past the main entrance to the Reserve Bank of New Zealand located in central Wellington, New Zealand

WELLINGTON (Reuters) – New Zealand’s central bank is set to keep interest rates on hold this week and signal that no monetary tightening is on the cards in the near-term, with inflation subdued and escalating global trade friction clouding the outlook for an already slowing economy.

All 16 economists polled by Reuters expect the Reserve Bank of New Zealand (RBNZ) to hold rates at 1.75 percent at its rate review on Thursday.

Markets are on the lookout for any tweak governor Adrian Orr – who took on the job in March with a pledge to simplify the RBNZ’s communication – could make in the central bank’s policy statement.

“Orr may decide to simply tweak May’s statement or he may break with tradition and write a completely new statement,” analysts at Capital Economics said in a research note.

“We think the former seems most probable” with Orr likely to repeat that rates will stay at current levels for some time, while drawing attention to weaker-than-expected GDP, they said.

New Zealand is no exception with headline inflation having slowed to 1.1 percent in the first quarter, just off the bottom of the RBNZ’s medium target range of 1 to 3 percent.

Gross domestic product (GDP) growth slowed to 0.5 percent in the first three months of this year, undershooting the RBNZ’s forecast and suggesting the economy may be in for a soft patch due to a cooling housing market and business mood.

“Downside risks have increased, and we expect it will be difficult to achieve above-trend rates of growth from here,” said Liz Kendall, senior economist at ANZ. “The RBNZ will remain cautious until inflation shows more consistent signs of life.”

Of the 14 economists who made projections beyond Thursday’s decision, all but one expect the RBNZ to keep rates steady through to the end of the first quarter in 2019. Eight project a rate hike by the end of the third quarter next year.

Fears of a global trade war also darken the outlook.

“A robust global growth backdrop is at greater risk of being undermined by increasing trade protectionism, though actions to date are unlikely to significantly impact the New Zealand economy,” economists at ASB said in a research note.

“While we expect the RBNZ to stick to its knitting and deliver a neutral statement with few substantive changes to May, the risks are slightly more skewed to the OCR remaining on hold for longer.”