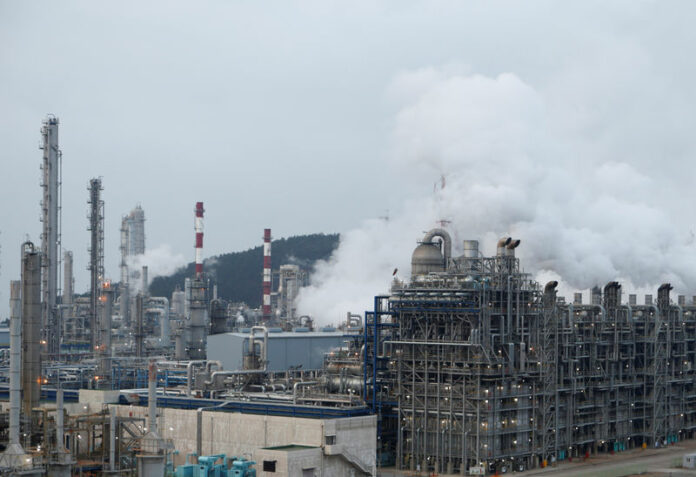 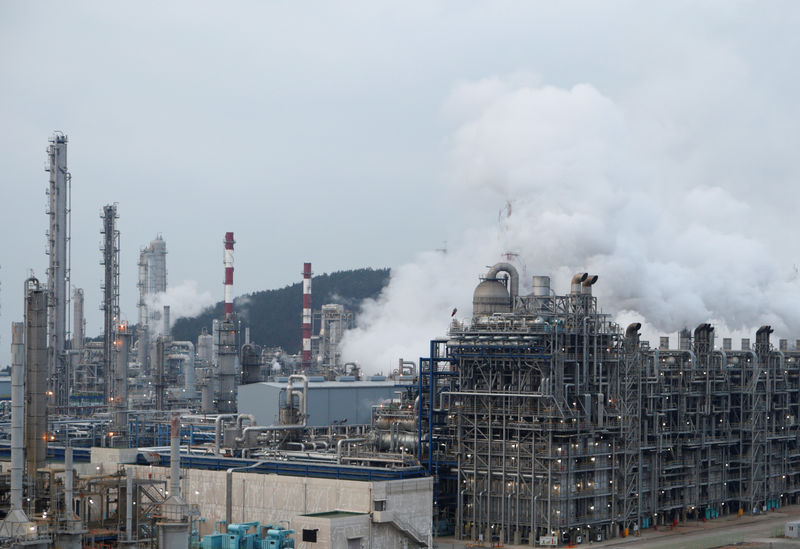 By Florence Tan and Jane Chung

SINGAPORE/SEOUL (Reuters) – With supply from major producer Iran uncertain, big condensate user South Korea is scouring the world for alternative sources of this key ingredient in its large chemical industry to avert shortages – a process that is proving to be costly for buyers.

Condensate, a type of ultra-light , is a feedstock for South Korea’s petrochemical industry.

A by-product of production, Iran and Qatar are major condensate suppliers. But Iran’s exports have fallen sharply this year as production in its South Pars gas field struggles to keep up with rising domestic demand while renewed U.S. sanctions on Iran’s petroleum industry crimp exports.

With Iranian condensate in the past years making up more than half of Korea’s overall supply, the shortfall is forcing Korean buyers to seek alternative supplies.

“There is huge uncertainty over sanctions, and we can’t build a strategy with huge uncertainty in volume,” said Sebastien Bariller, senior vice president of feedstock purchasing, energy and optimization at HTC.

“South Korea needs to look for other sources,” he said.

Bariller said 2018 had been “very special and difficult” because there were “no more supplies from Iran” since the middle of the year.

HTC had bought condensate from “nearly all alternative origins,” he said.

Korea’s shift will be a painful loss in revenue for Iran’s already battered economy. For South Korea, the shift could help deepen ties with its closest political ally, the United States, where production of condensate, and also naphtha, is growing fast.

“Given its relationships with the U.S. … it would bode well for South Korea … to buy more U.S. oil,” said Shin Hyundon, professor of energy resources at South Korea’s Inha University.

U.S. condensate and liquefied petroleum gas (LPG) could account for 27 percent of HTC’s total feedstock in 2022, up from less than 5 percent currently, HTC’s Bariller said.

He said HTC was also upgrading some of its facilities to handle LPG, another similar product, of which the United States is a major producer.

Purchases from Saudi Arabia, Libya and Australia of condensate have also risen, according to SK Innovation.

South Korean companies had to pay high premiums to secure enough Qatari condensate to meet more than half of their demand.

Alternative fuels like naphtha, which results from refinery distillation, have increasingly found their way into Korean facilities, said an official at Hyundai Oilbank, who spoke on condition of anonymity.

Apart from costlier feedstock, Korean buyers may need to retrofit their facilities that are used to Iranian condensate.

Using new condensate grades from the United States or Australia could cause technical problems, industry sources said, including the handling of residue and contaminants such as metals in U.S. Eagle Ford condensate.

“It’s not easy to find condensate of similar quality to Iran’s,” Kim said, adding that South Korean buyers may have to spend up to 300 billion won ($270 million) to re-configure their splitters if they want to process U.S. condensate.